monthly € 29.95 / project
Is your voice application becoming more extensive than 30 question and answer units? Use our upgrade for € 29.95 per project per month! Now you can maintain as many questions and answers as you like!**

We offer professional and personal direct support. We would also be happy to prepare an individual offer for you, tailored to the needs of your company.

Contact us without obligation. We are happy to help. 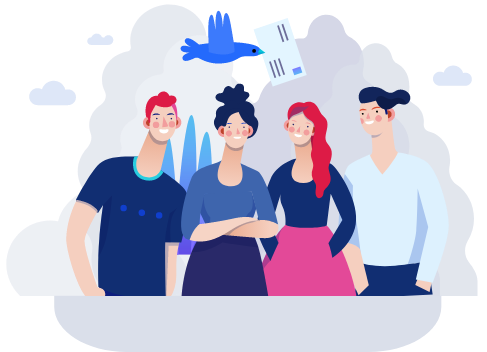 Speakware is aimed exclusively at business customers from Germany.


All prices are exclusive of VAT. Billing takes place at the beginning of each month by invoice. You can cancel your plan at the end of each month. The first month is charged pro rata.

* Free projects are limited to 30 question and answer units, 3 languages and 1,000 requests per month, it is possible to upgrade for bigger projects or more requests.

** For more requests per month we offer you an individual price.

1 A question including all its utterances counts as one unit. There are two default units that can not be removed.

3 Requests are calls made by voice assistants to Speakware. Each request made during a conversation counts as one request. Alexa also makes an additional request per conversation/session. Testing as well the the review process done by Amazon and Google prior to the release of an application cause requests. Please also note that a high number of requests might incur additional costs with Amazon and Google.